Rock & Roll Hall of Famers Cheap Trick rolled in the Wellmont Theater in Montclair NJ on March 1st to perform to a sold out crowd during their 2019 World Tour!

Back in the 80s you couldn’t turn on the radio or watch MTV without hearing some of Cheap Tricks hits like; “The Flame,” “I Want You to Want Me,” “She’s Tight,” and “Surrender.” These songs have had a tremendous impact on popular culture and provided the soundtrack to our youth. Fast forward to 2016 when fans around the globe were elated with the news that Cheap Trick would receive the ultimate award in musical recognition and be inducted into the Rock & Roll Hall of Fame. The band consists of Robin Zander [vocals], Rick Nielsen [guitar], Tom Petersson [bass] Daxx Nielsen and Robin T [2nd guitar].

On their checkerboard stage, the band opened the show with their customary song “Hello There.” The 70s were brought back in full forces with a set list that weighed heavily on some of their earlier albums like; In Color, Dream Police, and Heaven Tonight.  Songs off of these records have outlasted the hands of time not because the band plays them regularly but because they sound just as fresh as when they were written.

The songs which had the fans dancing in the aisles were the classic; “I Want You to Want Me,” “Surrender,” “She’s Tight,” “Dream Police,” “Clock Strikes Ten,” and “Big Eyes.” Fans were treated to one of their biggest hits “The Flame” which is not always a guarantee to be played at every show. They also performed a few cover songs which over the years the band has really made their own like “Ain’t That a Shame” and “California Man.” There is never a shortage of energy or on-stage camaraderie at a Cheap Trick concert. There were genuine smiles and laughter between the band members throughout the show. Robin continuously runs the stage while Rick throws handfuls of picks to the crowd while taunting the audience for more applause after some of his solos.

Cheap Trick rolled in the Wellmont Theater in Montclair NJ on March 1st,2019 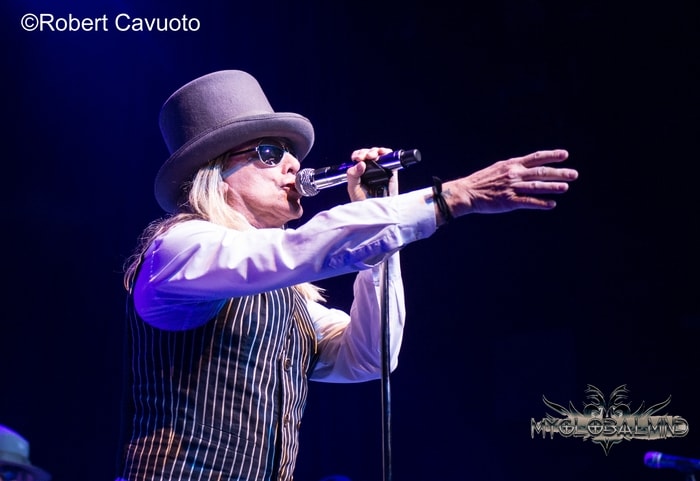 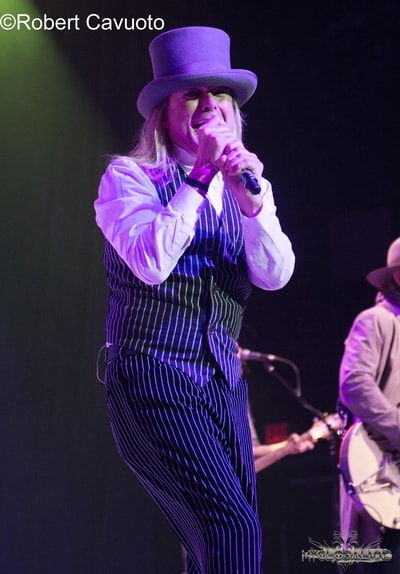 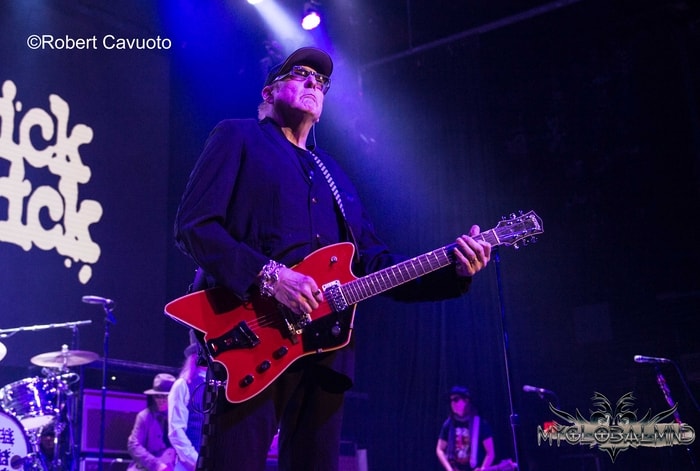 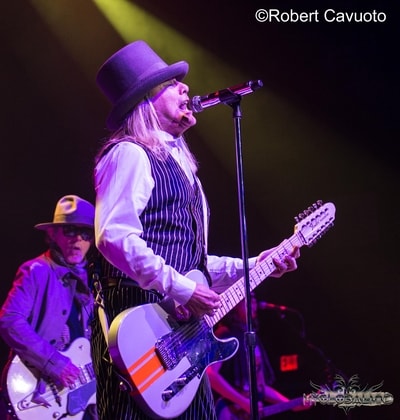 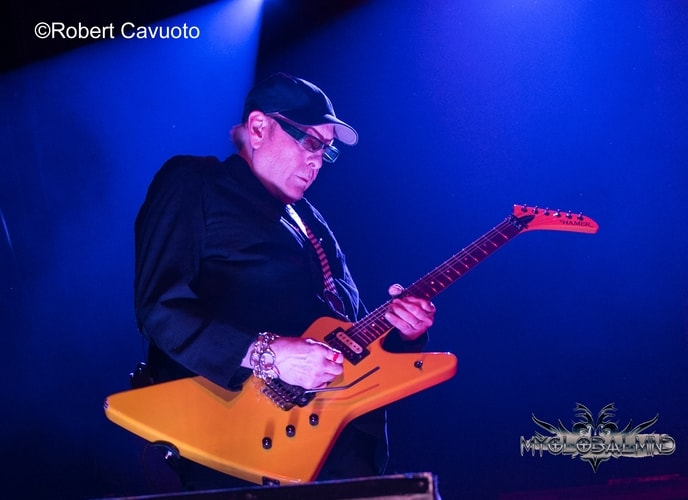 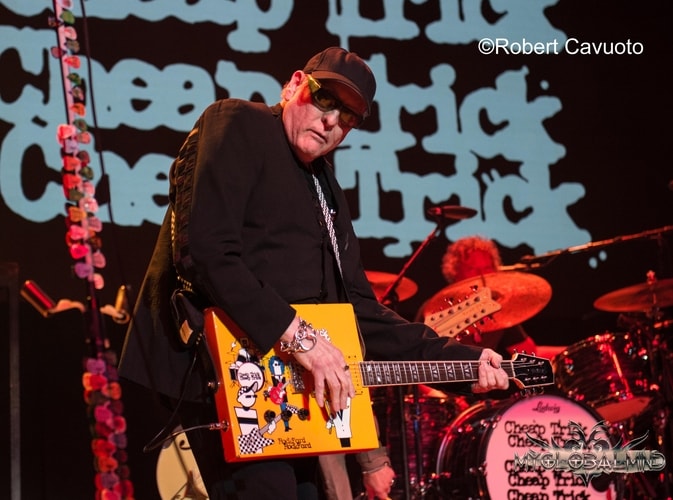 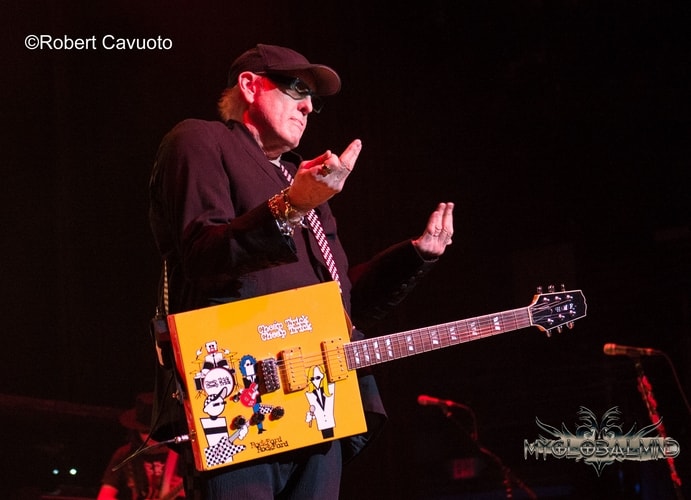 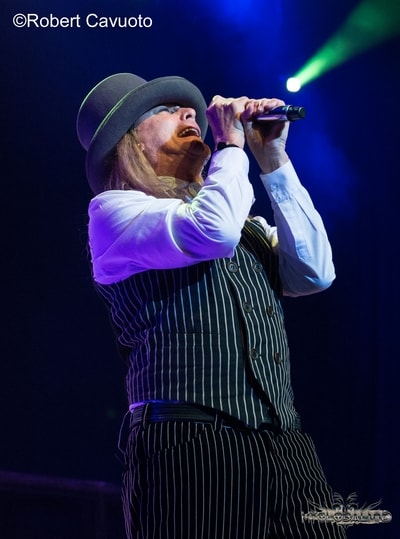 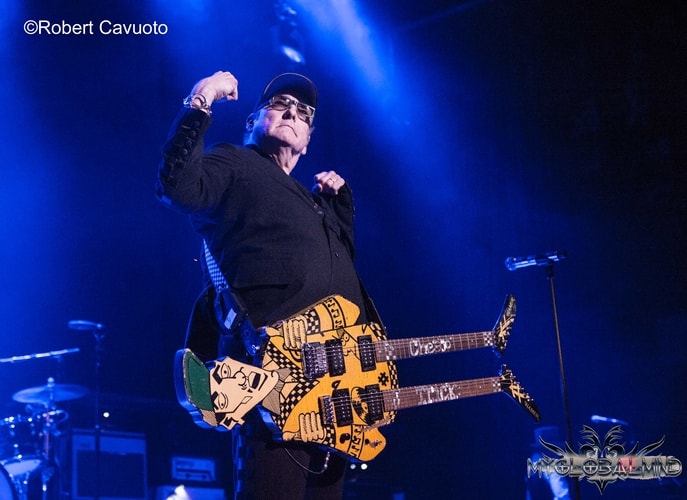 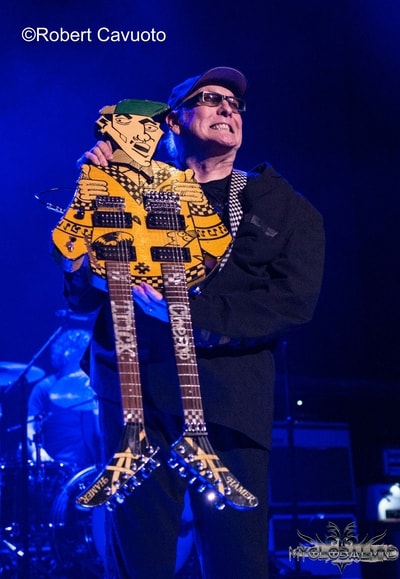 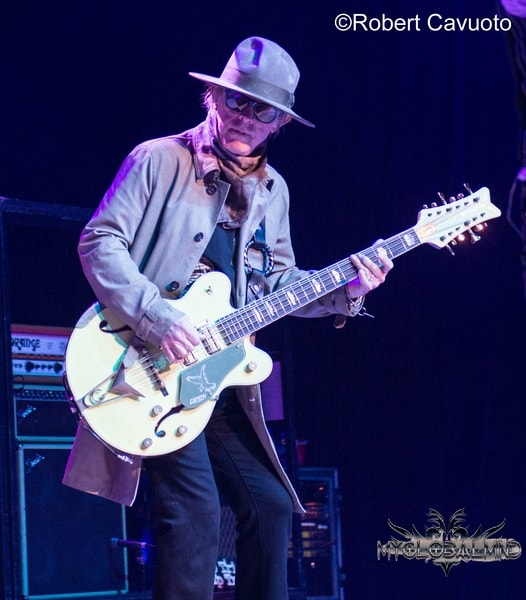 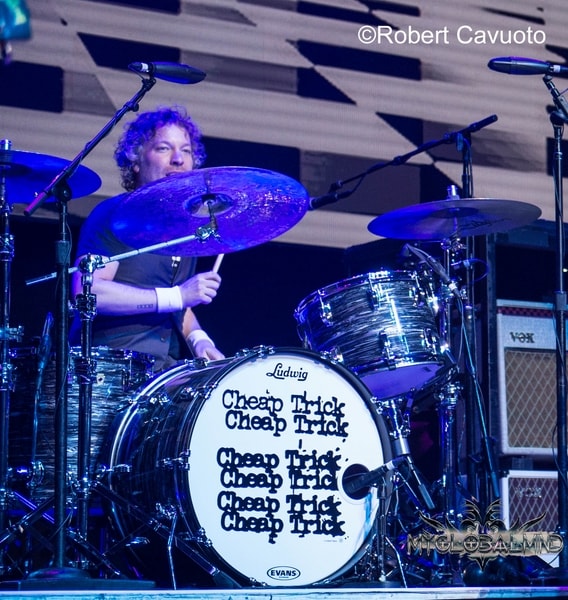 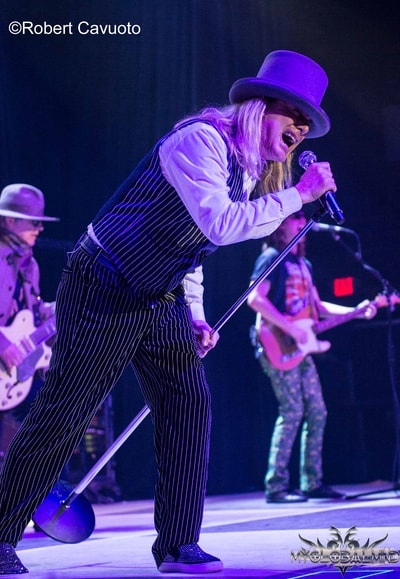 Rick plays amazingly well for a guitarist who claims he doesn’t practice and for all the picks he throws out to the audience he surprisingly plays many of the songs using his fingers to give them their rich and inescapable sound. His solos were a mix of rhythms combined with tasteful runs played over the solid foundation that Tom and Daxx were dutifully laying down.

Rick always brings an army of guitars on tour changing them for every song. Crowd favorite is always the five-neck checkerboard guitar that he used on “Goodnight” and his “Uncle Dick” double neck guitar made in his likeness on “She’s Tight.”

Robin Zander was dressed for success in a black pinstriped suit and grey top hat. His stage presence was magnetic. He exulted more charisma and vocal strength of singers half his age and was his own realm of excellence. He is still able to hit the high notes with perfect clarity and hold the long notes effortlessly which was evident during “The Flame.” Robin is the epitome of a frontman, and I never saw anyone as happy to be on stage performing!

Sporting a brown Stetson hat, bandanna, sunglasses and trench coat; Tom hung back by the drum riser playing his custom 12 string Gretsch bass in the pocket of Daxx’s thunderous drumming; only taking center stage for his bass solo and lead vocals on, “I’m Waiting for the Man.”

Not many bands today still embody the spirit of a Rock & Roll band, but Cheap Trick always hits the mark. It just goes to show in this day and age you don’t need pyro, monster video screens, smoke, and expensive set designs to put on one of the best rock shows. All that is needed is great songs and talented performers. Whether you’re a casual fan or a diehard, you will really have to check them out on their 2019 World Tour. I promise you’ll leave the show grinning from ear to ear!

Some interesting words from six of the best metal bands in Ireland right now.

Even though it’s only been 3 years since W.A.S.P. last undertook a world tour celebrating their 30th anniversary, there’s an increased buzz and anticipation around Blackie Lawless & Co. at the moment that hasn’t been felt for a long time.

Electric Boys Live At The Underworld, Camden on September 26th, 2014

Once you see Electric Boys live you will understand why people enjoy their music and performance though. They combine catchy and funky tunes with a captivating performance by everyone onstage