LA Guns with Tracii Guns and Phil Lewis are currently on tour supporting their second post-reunion CD; The Devil You Know. It was released on March 29th and showcases the band in a heavier and grittier light than ever before.

Tonight the band brought their brand of sleazy 80’s Hollywood glam to the Sellersville Theater in PA. There have been a few recent lineup changes, but the good news is LA Guns is re-energized and moving forward. This current edition sees a well-oiled, professional, rock machine with Tracii Guns on guitar, Phil Lewis on vocals, Johnny Martin on bass, and newcomers Ace Von Johnson on guitar and Scot Coogan on drums.

In 2019 LA Guns are still playing as if they have something to prove. Their classic 80’s songs remain timeless and mix nicely with their new songs. LA Guns have an uncanny ability to develop songs that offer a wide variety of styles yet tie nicely together whether written 30 years ago or from the newest CD. Tonight their set list mirrored that sentiment perfectly.

The band hit the stage at 9:00 pm with a sense of fury and purpose as they opened with “No Mercy” and never looked back for their 80+ minute set. They played 14 songs that provided a nice snapshot of the band’s career. Classic tunes like “Sex Action,” “Electric Gypsies,” “I Wanna Be Your Man,” “Kiss My Love Goodbye,” “Over the Edge,” and “Never Enough” with its extended foreplay tease of AC/DC’s “Hells Bells” provided some great memories from their first three albums. Songs like “The Flood’s the Fault of the Rain” and “Speed” from The Missing Peace CD were played with the same passion and energy as the classics. Two newer songs were performed off The Devil You Know; the title track with its powerfully brooding riff and dark vocals and “Rage” with its angry punk ethos. “The Ballad of Jayne” and “Rip and Tear” were played during the encore and had fans hanging of every riff. The applause and cheers that followed each song were heartfelt.

LA Guns Packs a Lifetime of Rock into One Night in Sellersville PA – April 8, 2019! 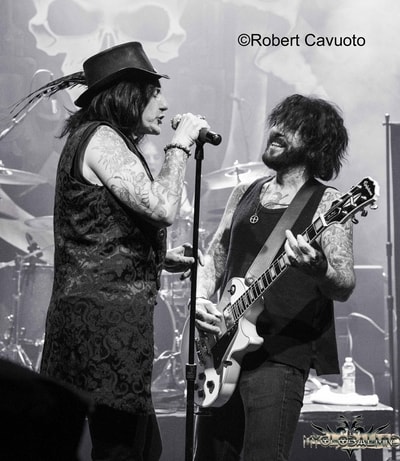 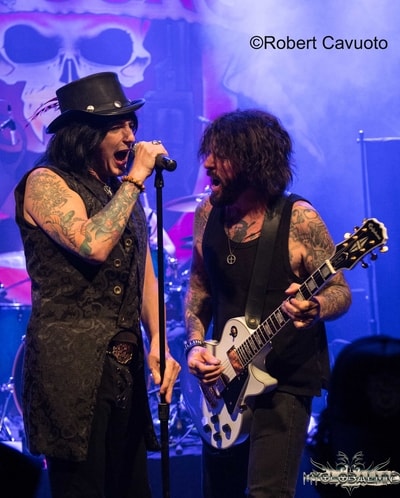 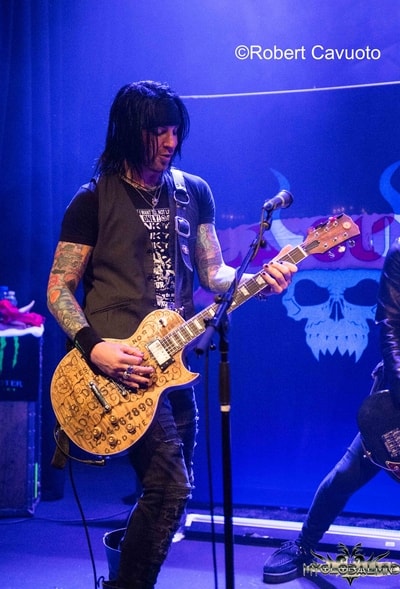 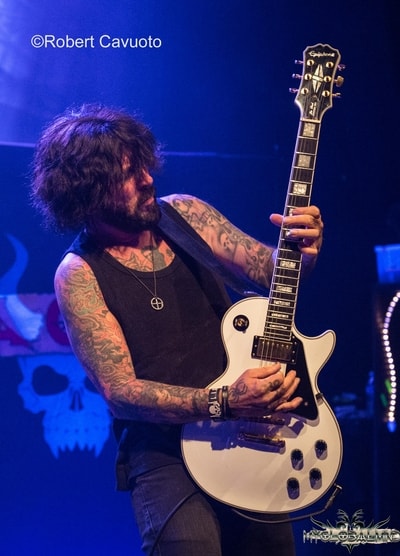 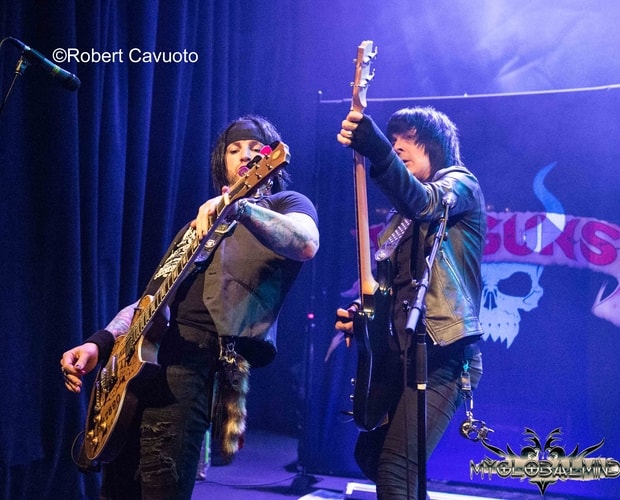 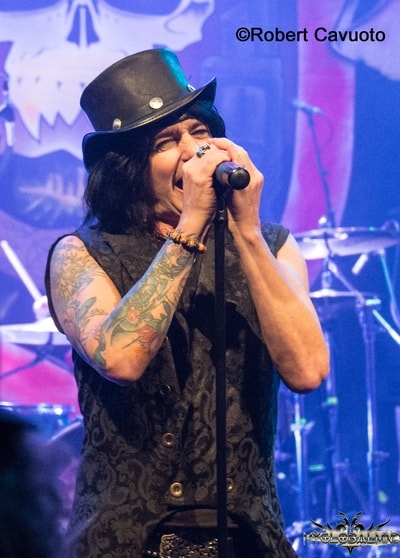 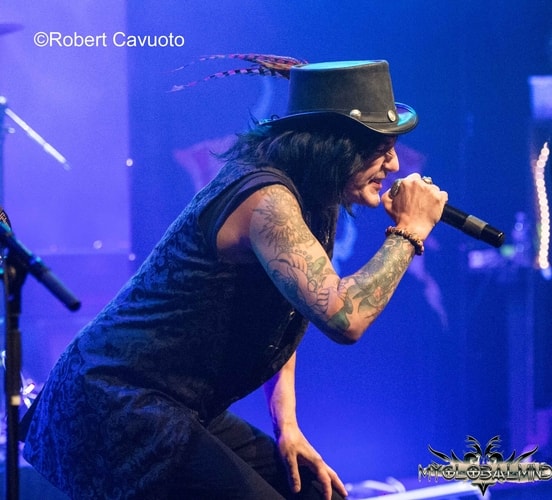 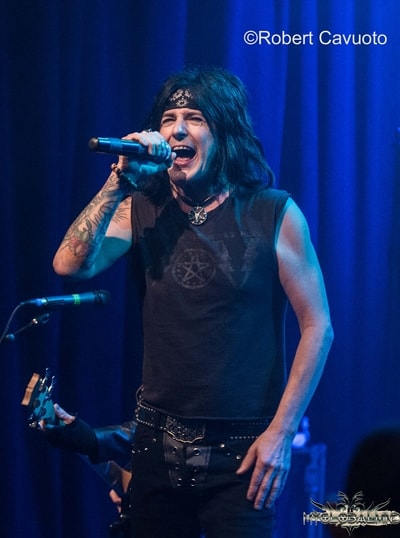 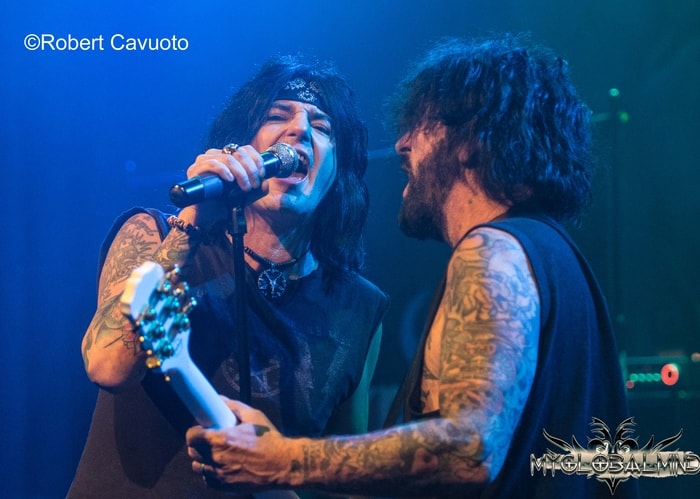 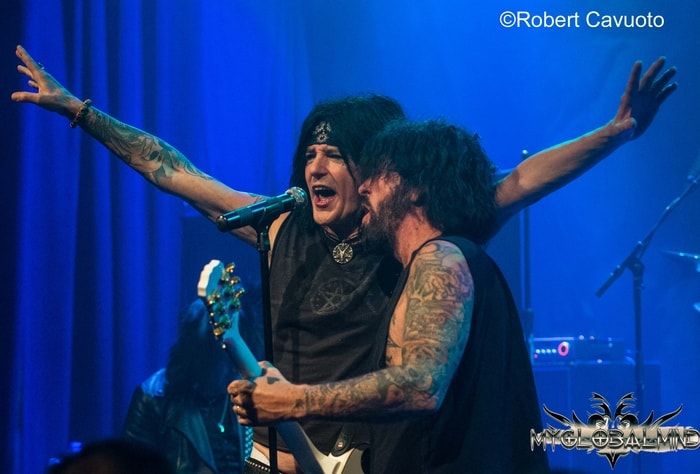 You can’t escape the fact that Phil and Tracii have an undeniable chemistry and it was evident on stage as these two rockers didn’t take their foot off the gas pedal the entire night.

Phil’s was a charismatic and entertaining ring leader dazzling the crowd with his powerful vocal ability and making all the classics sound flawless. His voice is every bit as good as it was in the ’80s. Before the show I asked Phil how he keeps his voice in shape, he responded; “I think it’s the Jack Daniels! [Laughing] Singers have a discipline where they need to loosen up and do warm-up excises an hour before a show. I never used to do that when I was a kid in my twenties. However, the discipline of doing now it has made me a much better singer. After decades of doing this, I’ve figured out what worked and what doesn’t. I have to say my voice has served me well and I’m happy to take care of it.”

Tracii is a savage player with a powerful style of playing. Using his white Epiphone Les Paul for the entire show, he thrilled the audience during the intro solo to “Over the Edge” by using a violin bow across his guitar. He is also a master at incorporating different playing techniques into his solos showcasing his classical, shredding and blues abilities.

Ace Von Johnson from Faster Pussycat fame is an excellent addition to the band. He compliments Tracii playing and his Sunset Strip legacy ties in nicely. Also new to the band is drummer Scot Coogan; he and Johnny Martin did an outstanding job keeping the backbeat down and locking together nicely in the pocket allowing Tracii and Ace to soar.

It was truly a great night of music for everyone that was in attendance and a must-see show whether you’re a casual LA Guns fan or a diehard!

Words by: Robert Sutton Images by: Robert Sutton Photography (Facebook)   Courtesans are a four piece all female doom /rock / metal band who originate from London but consisting of members from Europe. They opened the evening with a six song setlist and soon found themselves getting a great response and applause from the audience. […]

Still as alive and kicking as his previous Dublin shows in The Point Depot, the fans, leaving the venue smiling, with sweat soaked spikes and leather, got all they expected and more from their noble King, who rose from the Underground to catch their fall.