Freddy Lim, lead vocalist of the Taiwanese heavy metal band CHTHONIC and co-founder of fast-rising political force, the New Power Party, has been elected to government in Taiwan, becoming the first heavy metal star to be elected to parliament anywhere in the world.

After a hugely successful election campaign – including a massive 20,000 capacity concert in Taipei’s landmark Liberty Square on Boxing Day – Freddy defeated Chinese Nationalist Party (KMT) member of parliament, Lin Yu-fang, who had held his seat for two decades. Lagging behind his rival by 20% initially, Freddy gradually gained support and media attention, and after a year-long hard-fought battle he eventually won the election by a 4% margin. Sporting long hair and tattoos, he’s the first rock star to be elected into parliament: an image that goes against the stereotypical political grain, particularly in Asia.

During the campaign Freddy’s rival repeatedly attacked his appearance, and even sued him, trying to influence the older and conservative voters. However, Freddy, who represents “new politics”, urged voters to rationally examine policy platforms when making their decision, and eventually won respect and support from voters. His victory has been interpreted in Taiwan as a huge success for alternative politics, with the New Power Party gaining five seats in the election, becoming the third largest party in the parliament.

Having founded the NPP in 2015, served two terms as chairperson of Amnesty International Taiwan, supported the Sunflower Movement and advocated the spirit of Taiwanese independence in CHTHONIC’s music, Freddy’s election has been seen as symbolic of the rise of new politics in Taiwan, and attracted the attention of media outlets worldwide, including The Observer, BBC, Süddeutsche Zeitung, Der Spiegel, Reuters, CNN, Washington Post, Neue Zürcher Zeitung, The Straits Times, NHK, and Mainichi Shimbun.

“I will never forget that the victory belongs to all of us,” said Freddy in an interview after his victory. “The road ahead may be difficult, but our goal is very clear! We are full of hope! I am Legislator Freddy Lim who represents Zhongzheng and Wanhua Districts, and I will take the will of the 300,000 residents in the constituency with me and put out maximum efforts to make a change for Taiwan.”

CHTHONIC, who are signed to Spinefarm Records (Universal Music) in the UK and are huge mainstream stars in their home country, have graced the stages of some of Europe’s biggest rock and metal festivals, including Wacken Open Air, Download Festival and Bloodstock. Their music relates to many histories in Eastern Asia which are not taught by the government.

Going forward, band leader and bassist Doris Yeh, has promised that “Freddy will not be replaced, and CHTHONIC will not be dissolved. The musical creation will continue, and move forward with Taiwan.” 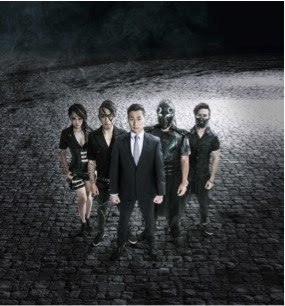 Through the 2000’s there has been a man working his ass off writing, performing, and recording some of the best albums from some of the greatest lists of bands

OZZY OSBOURNE Postpones ALL 2019 Dates After Sustaining An Injury.

OZZY OSBOURNE will postpone all his 2019 tour dates, inclusive of shows in North America and Europe, as he recovers from an injury sustained while dealing with his recent bout of pneumonia.

Wacken We Sure Missed You!!! - The Grand Finale to the Pinnacle of Metal Festivals — Final Day Highlights

[NEW!] You can now pre-order Ellefson-Soto “Vacation in The Underworld”! Find out all the details and get in on some exclusive LTD print autographed bundles while supplies last, exclusively available at: https://ratpakrecordsamerica.com/ellefsonsoto
#NewMusic #PreOrder #ordernow