Tight as hell and ready to rock your ass …. Remember where you heard it first …...

The English Riviera is famous for all sorts of jolly spiffing delights such as cream teas, chocolate box scenery, beautiful beaches …but a power house of rock which is sure to headline festivals in the future? Naaaa….Oh YES my friends, Oh YES!  Remember where you heard it first!

An annual rock extravaganza sidles into the seaside town of Paignton in South Devon every May bank holiday and this is the BMAD Festival.  Torbay based band Departed, played at BMAD on the Saturday, but as I was flying back from Amsterdam, I was lucky enough to see them the night after at a regular fabulously divey local rock haunt, The Coach House.

Departed have already played this year with acts such as Graham Bonnet (Rainbow) and The Answer, to name but a few.  Departed consist of Mark Pascall on vocals, singer with Empire Of Fools, Ben Brookland formerly of The Treatment and an old hat at supporting bands such as Motley Crue and Alice Cooper.  To finish this unit of rock energy are two brothers Connor and Howard Spring, previously of Blackwater, who play the drums and bass respectively.

With the pub groaning at the seams nicely and in only the way a self respecting rock bar can, the boys stomped into the thumping awesome intro of ‘Superstitious’.  The rumbling, rousing drum beat and the guitar, bass and vocals were already bringing the crowd to their knees with anticipation for what will come next.  And what comes next is the superb ‘Light Up’ bringing a Dokken’esque’ guitar solo which really does light you up …. A stadium anthem if ever I heard one!

Departed bring a soupcon of Sex Pistols with a tasty punk beginning to ‘Don’t Follow Me’, killer guitar makes the crowd shout out ‘Way Oh’ …and our Torbay rock litmus papers of dance, Lisa & Jackie (who know a good tune when they hear one) spring on to the floor in a flurry of leather and lace and bring it on down until the end of the show.

‘All I Want’ has the electric ambience of a hot, steamy summer night on the Sunset Strip.  Wanna go to the Rainbow Bar & Grill?  Your wish is Departed’s command through strains of LA Guns and Love Hate dripping through their PA.

A nice little treat comes in the offering of just two covers ‘Rock N Roll’ (to which I am not ashamed to say I broke of from scribbling for a good head bang) and ‘Rebel Yell’ (which dare I say it is better than the original) and seamlessy continued through tracks such as the high hat banging Hurricane of ‘Pretty Little Things’ and ‘On Top Of The World’ and ‘Dreaming’.

The grand finale was ‘Steal Your Crown’ especially released for the BMAD weekend this thrashing number highlighted the superb vocals, killer drums, bombastic bass and gargantuan guitar that rocks the soul !!

Tight as hell and ready to rock your ass …. Remember where you heard it first …

On Top Of The World 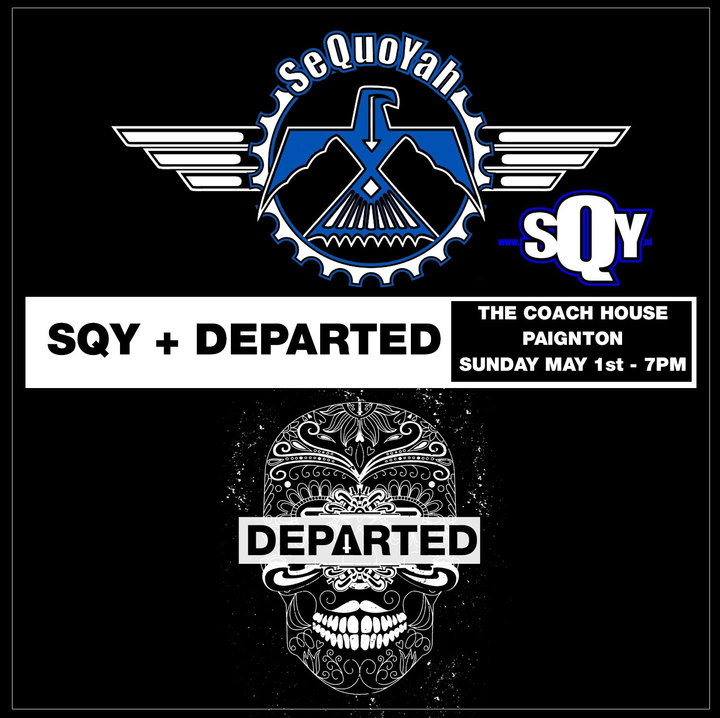