Blondie has unveiled a new video for "Fun," the first track from their 11th studio album Pollinator (BMG)...

New York, NY – [February 15, 2017] – Blondie has unveiled a new video for “Fun,” the first track from their 11th studio album Pollinator (BMG) – PRESS HERE to watch. The video for the frenetic track, which premiered via EW.com, opens with a space traveler hurtling through the galaxy amidst trippy, kaleidoscopic animation. After landing on Mars, a celestial rave led by Blondie ensues where everyone is welcomed, accepted and celebrated. Directed by Dikayl Rimmasch (Beyonce’s “Lemonade,” Formation World Tour), the “Fun” video serves as an escape from the current tension and division gripping the U.S. and beyond and features imagery representing Blondie’s experience of New York City’s ’70s music and club culture inspired by the acclaimed photography of Blondie songwriter/guitarist Chris Stein.“The band was really welcoming and open,” says Rimmasch. “Debbie is beautiful and beautifully enigmatic. It was amazing to be on the other side of the glass from her when those ‘Debbie moments’ happened it felt like I had stepped into a parallel dimension.”

With arrangements that are fast and fun, lyrics that are romantic and teasing, and infectious synth-stoked hooks that will have everyone on their feet, Blondie‘s sound and sensibility is as fresh on Pollinator as when they first topped the charts. “This is music as it’s supposed to be,” says Debbie Harry, “Filled with spirit, fun and true soul.”
The band has enlisted an eclectic group of songwriters for their most collaborative album to date. Those offering their own interpretation of the band’s legacy are superstar Sia, Blood Orange frontman Dev Hynes, British singer Charli XCX, Dave Sitek (TV On The Radio), Nick Valensi (The Strokes), Johnny Marr (The Smiths) and Canadian movie blogger and indie rocker Adam Johnston (an Unkindness). The LP, produced by John Congleton (Franz Ferdinand, St. Vincent, Sigur Ros) and recorded at NYC’s famed studio The Magic Shop, also features vocals from Joan Jett, cross dressing comedian and singer John Roberts and The Gregory Brothers (founders of Songify the News). Laurie Anderson appears on a special hidden track on the CD version.

Singer-songwriter Debbie Harry, guitarist and co-writer Chris Stein, powerhouse drummer Clem Burke, and long-time band members bassist Leigh Foxx, guitarist Tommy Kessler and keyboardist Matt Katz-Bohen will bring Blondie‘s one-of-a-kind live magic to the stage when they kick off their North American co-headlining Rage and Rapture Tour with Garbage on July 5th. Pre-sale tickets are available now (PRESS HERE) using the password RAGEANDRAPTURE (not available in all markets.) Public -on-sale is Friday, February 17 at 10:00am local time. A complete list of live dates can be found below – more dates to be added soon.

For the last four decades, Blondie – Debbie Harry, Chris Stein, Clem Burke and long-standing band members Matt Katz-Bohen, Leigh Foxx and Tommy Kessler – has become and still remains a true national treasure; one whose influence both shaped and continues to inform the worlds of music, fashion and art. From an irreverent Lower East Side punk outfit to bona fide international ambassadors of New York cool, Blondie will forever be synonymous with that punk spirit that lives somewhere in all of us. Their chart-topping success, fearless spirit and rare longevity led to an induction into the Rock ‘N’ Roll Hall of Fame in 2006, a NME Godlike Genius Award in 2014, a Q Award for Outstanding Contribution to Music in 2016, and more than 40 million albums sold worldwide to date. 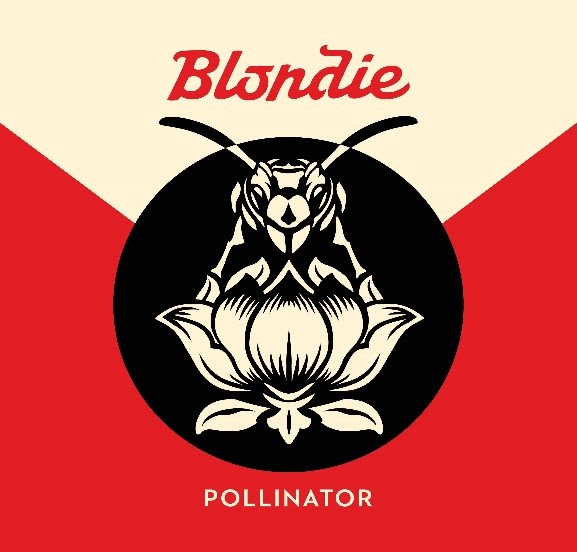