Hot on the heels of the long awaited album, Daxx & Roxane gave us the obligatory album launch, another welcome opportunity for me to see them live. 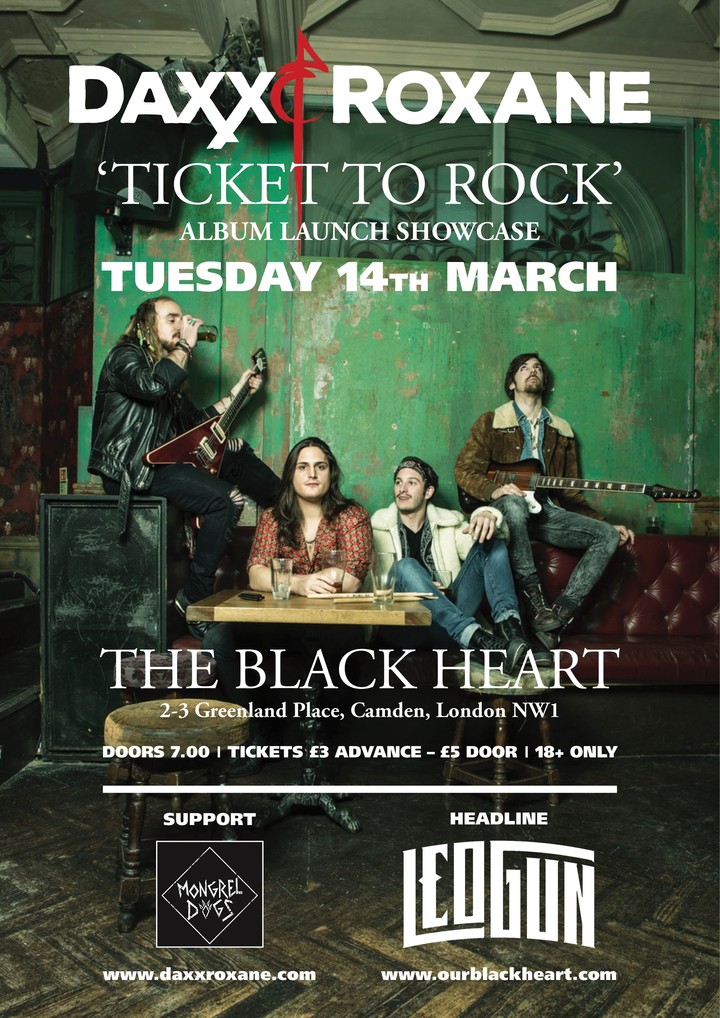 The location of choice on this occasion was The Black Heart in Camden. A spacious venue spread across two floors, the minute I walked in I knew it was going to be my kind of place. Knowing this gig was sold out in advance, I was prepared for an enthusiastic bunch of likeminded individuals and kicking off the night’s entertainment was Mongrel Dogs who played an excellent, if relatively short set while the place was still packing out. I confess I have little knowledge of this band – bar watching the fantastic music video for their song “High” which was released not long ago.

By the time Daxx & Roxane hit the stage the crowds appetite had been whet and everyone was ready to party. Having been introduced on stage they proceeded to rock to rapturous applause and by the time they got onto Good Vibes – a high octane track which has featured previously in their live sets, the crowd were well fired up. Taking a momentary breather, Cedric thanked everyone for coming before they head banged their way into the epic Girl Next Door. At around this time, a few people with poor visibility – myself included were jostling their way to the front of the stage for a better view. Launching into another album favourite of mine, What Was, the band were smoking hot and clearly delighting in the opportunity to showcase their debut album to full potential. Much as I loved the studio version of this track, the live version – featuring mind blowing guitar was fantastic to say to the least.

The stunning Leaving for Tomorrow got an airing and allowed the audience a bit of a breather before they played album title track, Ticket to Rock – which was massively well received by the ever expanding Daxx & Roxane fan base.

Up next, Wild Child was belted out in extended version, with a little musical variation while Simon performed the customary Tequila distribution. It was at this point I questioned the motives of those creeping their way to the front of the stage, maybe they wanted a better view of Luca, the man behind the beat or perhaps they were just thirsty…

The truly phenomenal Lust & Love was also unbelievably better sounding in live version, this was quite possibly helped along by the heady atmosphere and it preceded Wrong Side, arguably the best known Daxx & Roxane track and the one I expected would end their set, but…as the crowd cried out for more it would have been rude to refuse and they finished on a high with Hard Rockin’ Man, Cal teasing out that rambling blues riff, just for good measure…

Having played their album in its entirety, albeit not in that particular order the band took their leave to mix with the audience and after another brief turnaround Leogun took to the stage. A band I know only by reputation, they concluded the nights entertainment and I concluded that all the good reports I had heard about them were in no way fabricated. Unfortunately, however, I didn’t see their complete set and felt compelled to check out their album the following morning.

Daxx & Roxane are headlining at Dublin Castle, Camden on Friday 7th April, if you love to watch and listen to a really good show, you better check them out… 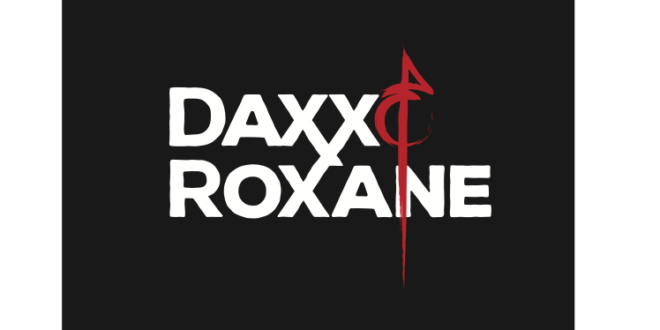 Volbeat are no stranger to international success, as each subsequent album they have made in the last 6 years, has been better than their last.

This was as Glenn kept reiterating a night where four really good friends got together and played the music they loved.

The line-up for this year’s fest has to be one of the best ever assembled for any festival. For a true fan of this genre, the opportunity to see all these amazing bands for three days of nonstop kick-ass performances is pretty mind-blowing.