Released on 4th August 2017, the anniversary remastered edition will come in various formats – Super Deluxe 5-CD/2-DVD, Deluxe 3-CD, Standard 1-CD and 2-LP Black. The reissue boasts B-sides and live tracks and additionally the audio for “In The Round In Your Face (Live)” on CD for the first time! Among the new versions, the Super Deluxe Edition boasts 5-CD/2-DVDs including four books—Story Of, a Ross Halfin photo book, Discography, Hysteria Tour Program, and Tour Poster.

Super Deluxe 5-CD/2-DVD, – contains all tracks on the 5 discs below:

Ah man… I feel old. 30 years since that genre defining album was released. 30 years since ‘Animal’ first made me fall in love with a band that I’ve seen more times than any other in the last three decades.

‘Hysteria’ stands, still, in my top 5 albums of all time. It’s one of the albums that made me open my eyes and ears to more rock music than I had previously. It came at a time in my life when the songs meant something to me and I could relate things like ‘Love Bites’ and played it to every girl that would so much as talk to me. Every person that calls themselves a rock fan has at least heard a copy or more likely owns a copy of Hysteria somewhere in their record collection.

That of course then raises the question as to why they need to go out and buy it all over again especially as the Deluxe Edition only came out a few years ago. Well, it’s remastered for starters. It sounds crisper, fuller than before. It’s also only available as a physical release. You’ll recall that Leppard couldn’t agree a digital release of the original and in the end re-recorded the album to make it available online. As this is the original album, remastered, then physical remains the only (and best after all) way to listen to this. And it sounds …. immense.

If your memory has fogged your brain, a few things you should know about Hysteria;

It is Def Leppard’s second consecutive RIAA Diamond-certified record (over 10 million sales in the USA), it has sold over 30 million copies worldwide with 12 million in the U.S. alone. It stayed in the US Top 40 for 96 weeks. Q magazine placed it among the 100 Greatest Albums of All Time and Rolling Stone touted it on the prestigious 500 Greatest Albums of All Time. You may have even heard a few of the singles from it; ‘Pour Some Sugar On Me’, ‘Animal’, ‘Love Bites’, ‘Hysteria’, ‘Rocket’ and ‘Armageddon It’.

And then you wonder why you need this album?

Thanks in no small part to the production work of one Robert John “Mutt” Lange, the sixth member of the band on this and their previous two releases, the record saw Def Leppard as one of, if not the, biggest band in the world at the time.

The newly remastered release comes in multiple formats. The Deluxe edition features 3 CDs, the Vinyl edition is 2 black LPs, along with a standard single CD. In addition, there will be a limited-edition 2-LP orange coloured vinyl available for the first time. The true Leppard fan however will be saving for the Super Deluxe Edition which boasts 5-CDs/2-DVDs including four books. The story of the making of ‘Hysteria’, a Ross Halfin photo book, the man who has probably photographed them over their career more than any other photographer, a discography, a replica ‘Hysteria’ Tour Program and finally a tour poster. The extra music contains B-sides and live tracks and additionally the audio for ‘In The Round In Your Face (Live)’ on CD for the first time.

There really is very little to be said about this album that hasn’t been said before. The remastered tracks will appeal to fans who hold the original and want to hear what a modern spit and polish sounds like. The extra material and the books make the super deluxe edition a must have for the real collector. 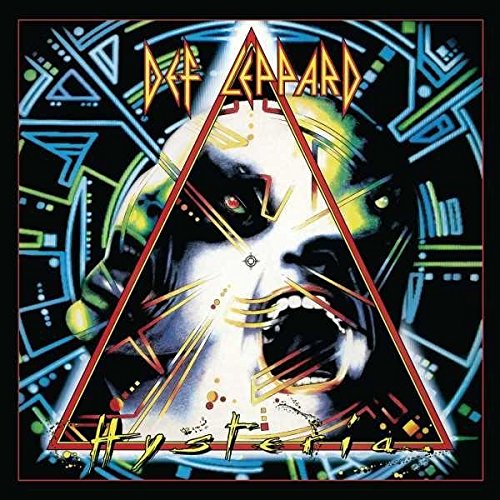 Diabolica is a great new release that should easily please existing fans of Iron Mask and Dushan Petrossi. It feels like a celebration of everything the band (and its leader) have done in the past

When a band has that pairing the songs suiting each of them equally, it opens up the songs to the rest of the band to embellish and Inglorious do this with ease.