“So long after the final countdown, Europe can still blast off so effectively, Walk the Earth does the job!” – Planet Rock Magazine

Europe are pleased to announce they will embark on a headline UK Tour next September 2018 featuring special guests King King. The shows will feature songs from the new album “Walk The Earth” as well as all the hits.

The tour will kick off at Manchester Academy on Friday September 14th 2018 and will continue right across the UK – hitting venues in Glasgow, Newcastle, Nottingham, Birmingham, Cardiff, Portsmouth, Brighton and also London’s iconic venue, The Royal Albert Hall.

Earlier this year Europe released their 11th studio album ‘Walk the Earth’ and if Europe’s 2015 album “War Of Kings” was the album that made the rock world realise what a formidable act Europe had become, then “Walk The Earth” is the album that is set to establish the band as one of the most exciting contemporary rock acts of current times.

From the anthemic sound of the opening track “Walk The Earth” – to the heavy vibe that is “Haze”, from the instant melody of “Election Day” to the lyrical content of “Kingdom United”, “Walk The Earth” is the album that should see Europe rightly acclaimed as a band at the height of their powers. The wonderful melodies and depth of Joey Tempest’s vocals along with a powerhouse rhythm section and the guitar playing of John Norum, one of the great underrated guitarists. Norum’s guitar playing shines across the record. This is an album that is big in its scope and sound. Much like previous album “War Of Kings”, “Walk The Earth” is an album that has instant appeal but is also an album that needs to be lived with, in order to uncover it’s depth. The album was recorded at famed Abbey Road Studios in London with Grammy winning producer Dave Cobb (Rival Sons, Shooter Jennings, Jason Isbell, Chris Stapleton).

Preceding the landmark event, fans were also treated to a live performance of Europe’s last album, 2015’s War of Kings, a release which re-established Europe as one of the top rock bands in the world.

Since forming in 1979 Europe have sold over 25 million albums, toured across the world and become one of the greats of modern rock music. The band’s all-conquering “The Final Countdown” album has alone sold over 15 million copies worldwide and the single of the same name was No 1 in 25 countries. Europe are currently touring arenas across the UK, appearing as special guests on the Deep Purple Tour.

Tickets go on sale next Friday 24th November at 9am – available at AXS.COM

“Walk The Earth” is released through Hell & Back Recordings (Silver Lining Music) on 20th October 2017. 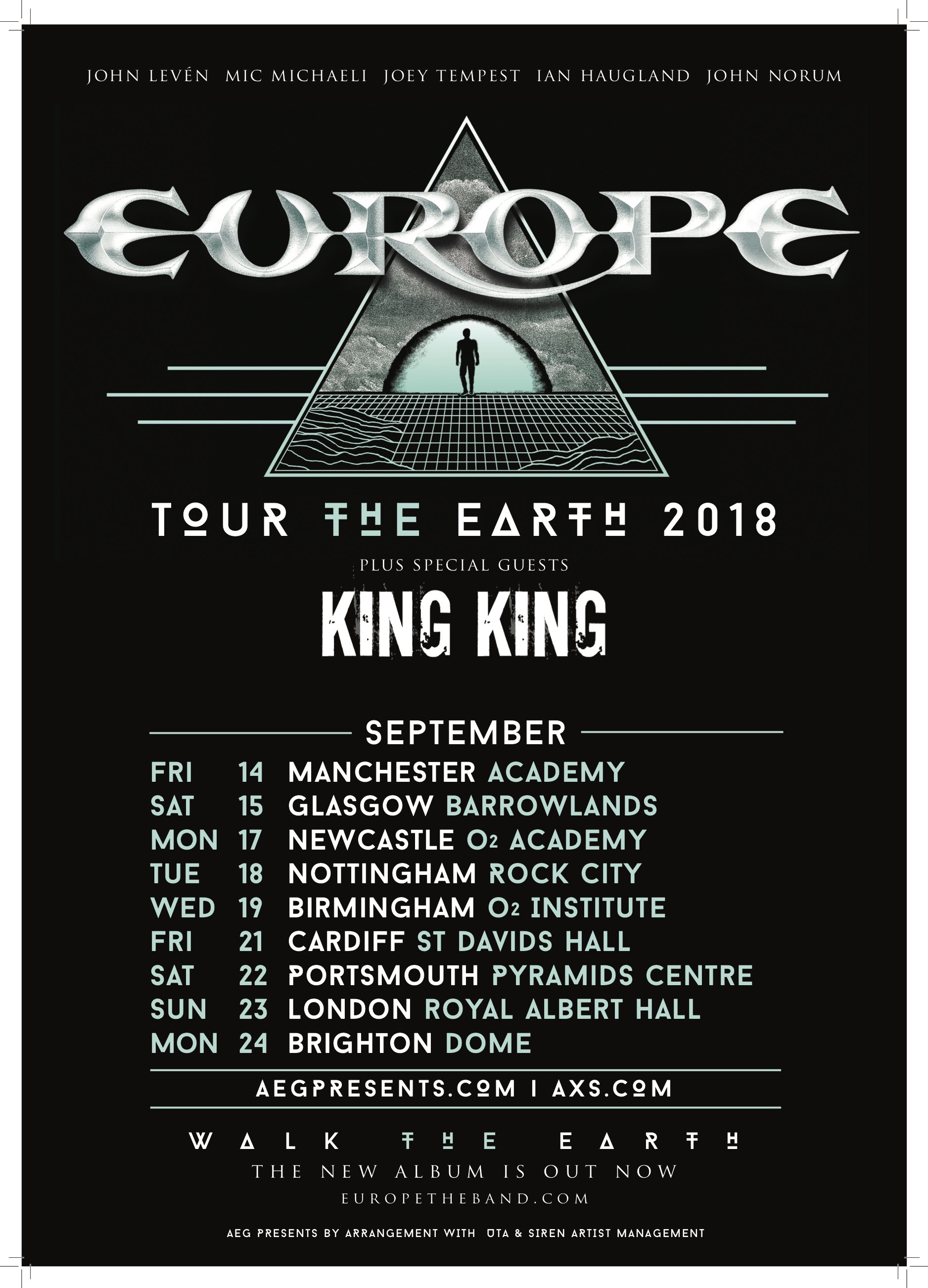 Chris Caffery is an artist that’s name is synonymous with top notch quality. His work with Savatage and Trans-Siberian Orchestra alone puts him ahead of the game with most

If you loved By Blood Sworn, there’s no reason to not love Born of Fire. There will clearly be an appeal to Manowar fans, but also bands like Judas Priest should find themselves banging their heads to it as well. This is such a capable line up of musicians I hope they stick together. Friedman has aligned himself with some of the strongest musicians in his career, and the strength of the songs proves it.

Guitar virtuosos are few and far in between, the typical trend amongst them is usually their roles as mere instrumentalists, many which never get a chance to play with an actual band and have their intake into a full band’s collective and creative process. Erol Sora founder and guitarist for the band Sora, took matters into his own band and created the band and released the self title debut “Demented Hour” in 2006…