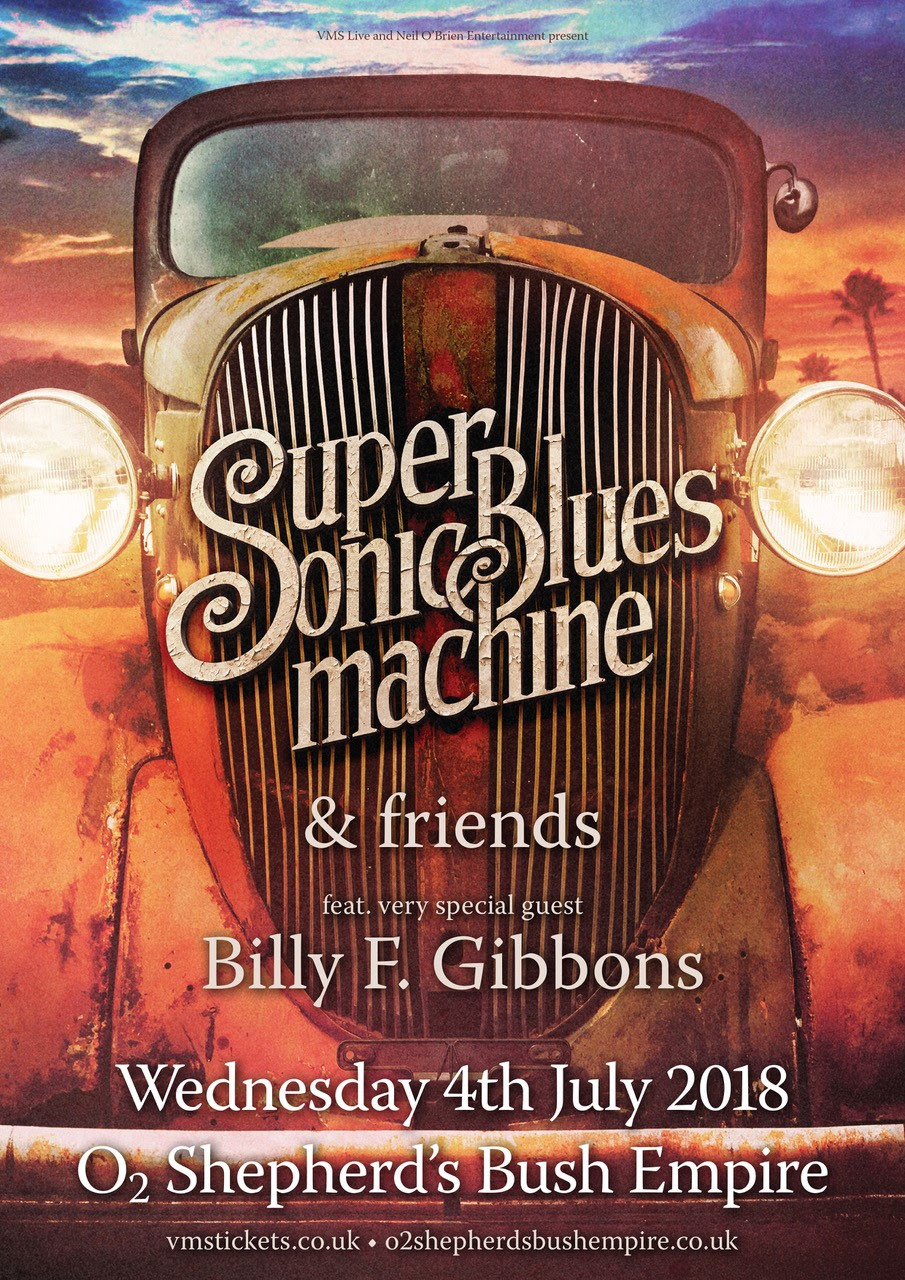 Following the release of two acclaimed albums ‘West of Flushing, South of Frisco’ (2016), ‘Californisoul’ (2017) and a triumphant performance on the mainstage at Ramblin’ Man Fair last summer where Classic Rock Magazine declared them a “revelation” the band are embarking on their first ever European tour and it will be one not to be missed.

Talking about the show Fabrizio says; “I am really excited about this tour. Since by mission, we’re more of a music community than a regular band, it hasn’t been easy to get all these friends in the same place and at the same time, but finally, thanks to the overwhelming fans support and demand, we were able to start off the Machine and finally get it on the road for more than just one off Festival appearance at the time.”

Continuing he adds, “We have assembled a ridiculously great cast of buddies that is ready to lay it down as it should and you will experience it first hand at Shepherds Bush Empire. Why starting off in London? Well it’s SBM way to thank the amazingly supportive UK fans that have been requesting us since our first release. I personally love the Big Smoke and what it represents culturally and musically, for me, my family and band mates. Blues might have been born in Mississippi, but it’s only with the UK help that was made popular and loved by never shrinking crowds around the globe. And I love the openness of the UK fans.”

The legendary and very special guest Billy F. Gibbons features on both albums will be joining the band for the whole tour. The core of the band is bassist/Producer Fabrizio Grossi who has worked with everyone from Steve Vai, Alice Cooper and Glenn Hughes to Dave Navarro, George Clinton, Slash and Paul Stanley to name a few and drummer Kenny Aronoff. Kenny has contributed to more than 60 Grammy® nominated recordings and over 300 million records sold worldwide feature his talents and is known for his work with John Fogerty, Sir Paul McCartney, John Mellencamp, The Smashing Pumpkins and Chickenfoot amongst others.

For this tour they welcome rising star Kris Barras on all dates with former guitarist Lance Lopez concentrating on his recent solo release and touring in support of it. Kris has exploded to the front of the British Blues Rock pack with his new album ‘The Divine And Dirty’ released last month and will be joining the line-up following his own April-May UK tour with Beth Hart. Together with its guests and Kris Barras, the band is also bringing along  keyboard wiz Alex Alessandroni Jr (Stevie Wonder, Pink, Paul Stanley, Whitney Houston and many more), the backing vocals Supersonnets (credits spanning from Mary J. Blige, Christina Aguilera, Jon Anderson, Shakira) and Fabrizio’s co-writer partner for the majority of SBM catalogue Serge Simic on second guitar and vocals. For the London show they will also be joined by blues-rocker Davy Knowles who counts Bernie Marsden and Joe Satriani amongst his admirers, the latter declaring that he is his “favourite modern bluesman.”

“CALIFORNISOUL! That’s exactly what it is. It’s the missing soundtrack to a summertime drive from Los Angeles to San Francisco in 1971!” ~ Fabrizio Grossi

They started touring life with a huge bang, playing to thousands of fans in Norway for their debut show and spent much of 2017 sharing the extravaganza with audiences from Texas, Holland, India, Russia,UK and now it’s time to bring the show for its first major headline tour.

Supersonic Blues Machine isn’t just a band; it’s a mood, a comradeship, a melting pot of ideas with likeminded people bringing their own unique talents to create something with feeling that is very organic. “I was thinking of all the people we know and thought, how about putting together something like The Who or The Rolling Stones used to do in the early 70s” he adds, “they would put together a record and bring all of their friends on board, I thought that would be cool. Bring back the spirit of camaraderie between musicians” says Fabrizio.


Tell Us How You Feel

However, he reliably informs us that he has personally called all of our bosses and teachers and told them we’re not coming in tomorrow