The six piece band added so much warm and depth to the sound, the songs were given life above and beyond what we've heard on the studio tracks...

When I first saw Walking Papers at Circus in Helsinki back in 2013 it’s safe to say I didn’t know what to expect. “Duff McKagen’s new band…” was all I heard on a night that included Therapy?, Heaven’s Basement and a Finnish thrash band of whom the only thing I remember is that a lot of beer was drunk during their set (both by band and us). Walking Papers though were an enigma yet by the end of the evening a meet and greet by the merch table with Jeff and Barrett and I’m now a huge fan of the band who returned to our shores on the back of WPII their sophomore release.

To expect the unexpected is clearly the right approach with the band as the line-up at The Borderline and for the current tour is (according to t’internet) as follows:

Gone is Barrett Martin the powerhouse behind the drum kit and writing partner with Jeff. Hopefully he’ll continue to write and the tour is just at the wrong time to fit in with whatever he’s working on. Gone too is Duff. Anyone would think he had another band that was more important and needed his focus as well. Can’t imagine who that would be.

So from a 3 piece show in Helsinki (No Duff that night either) to a 6 piece in London in 2018, the new look Walking Papers also present a show that can only be described as unexpected. There’s that word again. Jeff hands all guitar duties to Tristan Hart Pierce, leaving himself to be the front man we always knew he was. Gregor Lothian plays saxophone in the darkest part of the venue yet somehow still needs sunglasses. He also plays the chain…. which whilst seeming ludicrous whilst I’m writing it, added tonnes of atmosphere to the softer parts of the set. The sounds from the chains came out of nowhere initially until Gregor then stepped out of the shadows:

‘WP1’ and ‘WP2’ have always been received well by both critics and fans alike and not surprisingly the six piece added so much warm and depth to the sound, the songs were given life above and beyond what we’ve heard on the studio tracks.
. 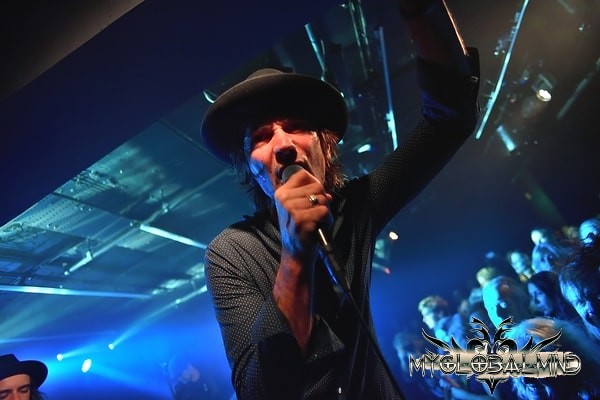 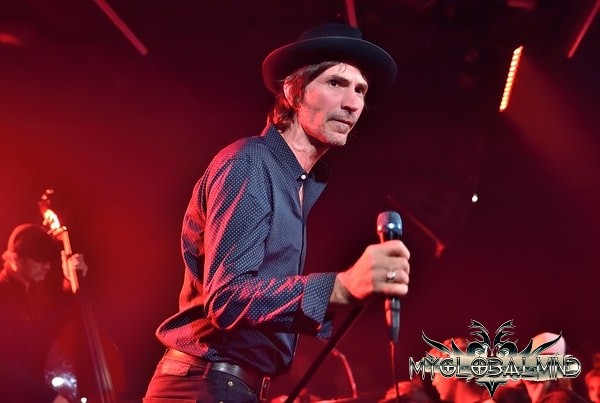 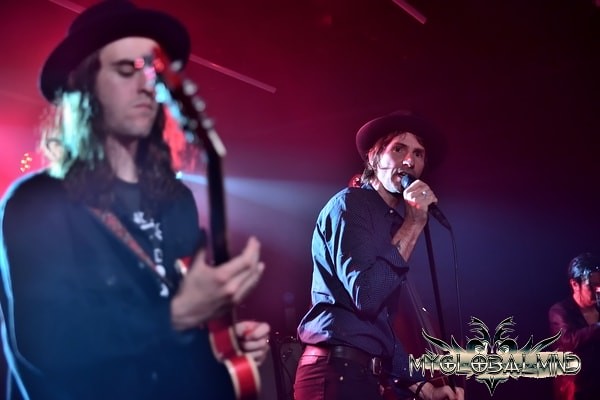 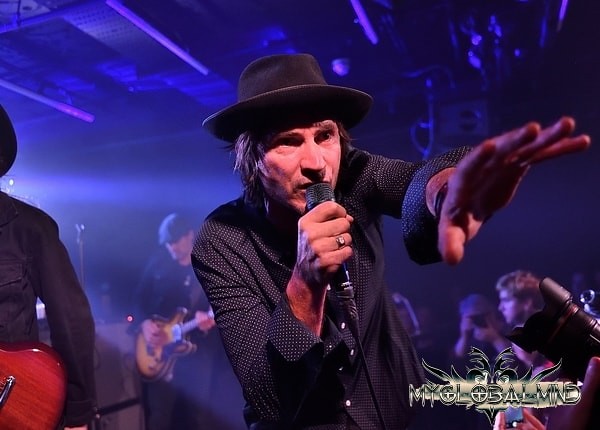 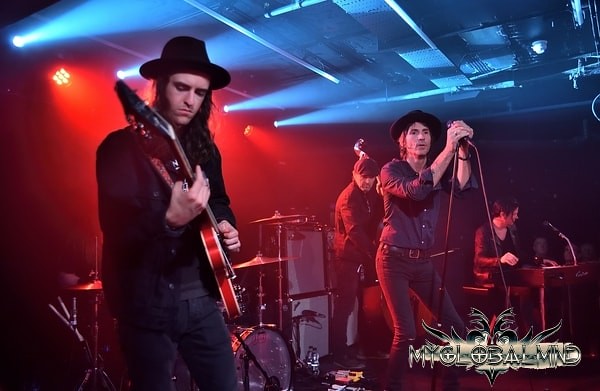 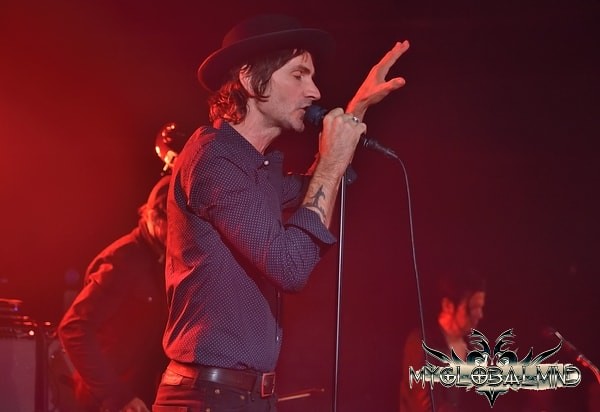 Speaking to one friend, there is of course always “that guy” who isn’t wholly taken in by the direction the band is taking. A love of Jeff Angell of old and the desire to just see him “pick up a guitar and rock out”. He’s hoping for a band that would be delivering the essential, more stripped back sound that I would have heard back in 2013 although to be fair I don;t recall Angell picking up a guitar at that point either.

For the majority though, the setlist is precision personified, exactly what they were hoping for, just with added sax and chain. Opening with This Is How It Ends, the chains are soon in full atmospheric use and then we head back to memories of that early show in 2013 with Hard To Look Away.

Before long the interaction with the crowd (often involving the mic stand tilting perilously close to the heads of the first few rows) ramps up and Angell is leaning far out over the heads of people literally trying to reach anyone and everyone he could with hand or voice to make them feel like they, for a moment, are part of the band.

With sax solos proving that it’s an instrument that works across any and all genres, the rest of the evening flies by and the sumptuous My Luck Pushed Back from ‘WP2’ closes out the show.

Who knows what’s next for WP. Hopefully Barrett Martin will be back for ‘WP3’. Maybe they’ll be an 8 piece, 12 piece by the time they tour next… either way, expect the unexpected.