With a handful of dates on offer in advance of the release of ‘Demons’ the latest album from Savage Messiah, the British band saw a heaving Camden Assembly play host to them and rising rockers Deever.

The gigs, acting as a warm up to dates later this year with Symphony X served as a great reminder of just what a band can do when they effortlessly cross over a couple of metal genres and create a sound that offers up the perfect melodic metal platter to sample from.

With former Inglorious guitarist, Wil Taylor front and centre, Deever, whilst possibly not the perfect fit for what is predominantly a heavy metal crowd, offered a great slab of hard rock with a twist. It’s safe to say that the band don’t sound like any other modern classic rock band at the moment and as such, present something new and fresh for those willing to give them a shot. Check out latest video ‘Only Enemy’ below:

Headliners Savage Messiah will be back on these shores in the near future in support of Symphony X and the London show will take place at the Electric Ballroom, with approximately 1,000 head capacity. As such, the opportunity to see and hear the band perform in a much more intimate venue was one not to be passed up. It’s not often a band can get a crowd at the Assembly to spread out and allow a mosh pit to form but Savage Messiah aren’t just any other metal band.

Bolstering the band and giving them a serious amount of fresh energy are drummer Charly Carretón and, on lead guitar and vocals, David Hruska. The latter replaces Sam S Junior who has, as is always the case, “gone off to pursue new interests” whatever they may be. What we as the fans get to see and hear though is a replacement who, as one Wayne Campbell once said “really wails”. Genuinely it’s a pleasure to watch and listen to David H as his playing is off the chart and whilst Dave Silver may well be the man in the middle, David H offers the par the opportunity to really trade licks and bolster the live sound of the band immensely. A great, great find!

The new album from the band is due out mid May 2019 and cleverly, the band test the water with a fair chunk of new material before refining the setlist to suit the Symphony X tour. The good news is that the new material contains some excellent music, given extra depth thanks to the inclusion of some pretty impressive keyboard work. So much additional keyboard work is included on the new album that the band went and found themselves a keyboard player in Carlos Alcalde, who, tucked into the corner of the stage at the Assembly, peppers the tracks, old and new, with some added gloss and it really lifts the sound making the music feel fresh and reinvigorated.

Check out latest single Down and Out below for a sense of what to expect when the album drops in a couple of weeks.

Good crowd interaction and a crowd who spent most of the evening barreling off each other making my life slightly hazardous as I tried to wade in to get the best possible pictures. Amazingly I seemed to end up with people hitting me and then hitting the floor meaning the camera was used at times for random shots whilst the free hand was used to help other back onto their feet again. All in a good night out watching a quality metal band.

With the dressing room located away from the stage and the band needing to walk through the crowd to come back for an encore, Dave sensibly decided to simply check that we wanted ‘one more’ (cheers ensued) and Iconocaust from The Fateful Dark album closed the night in style.

A great set from the thrash band that isn’t. And to understand that, you really need to give Savage Messiah the time of day to understand that what they play is some of the best modern melodic metal out there. 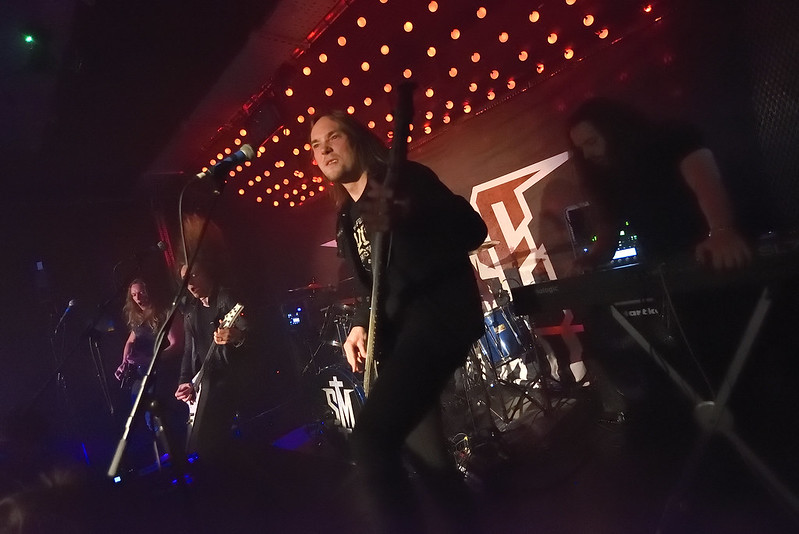 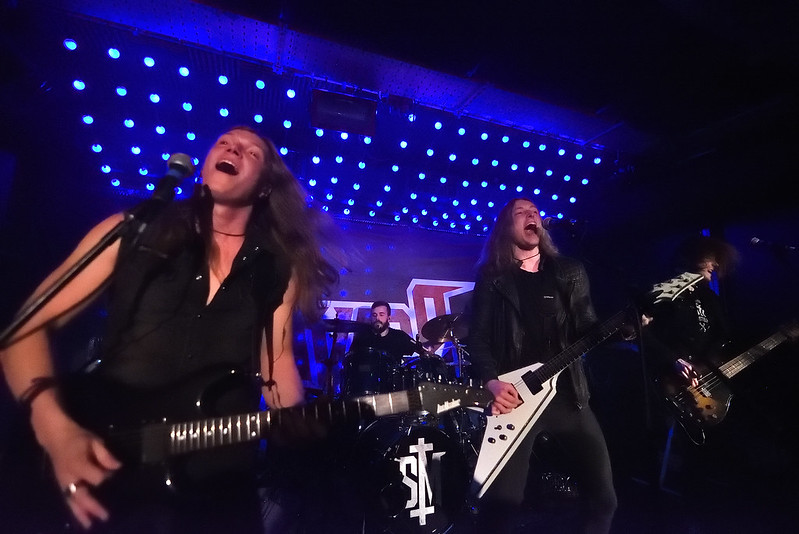 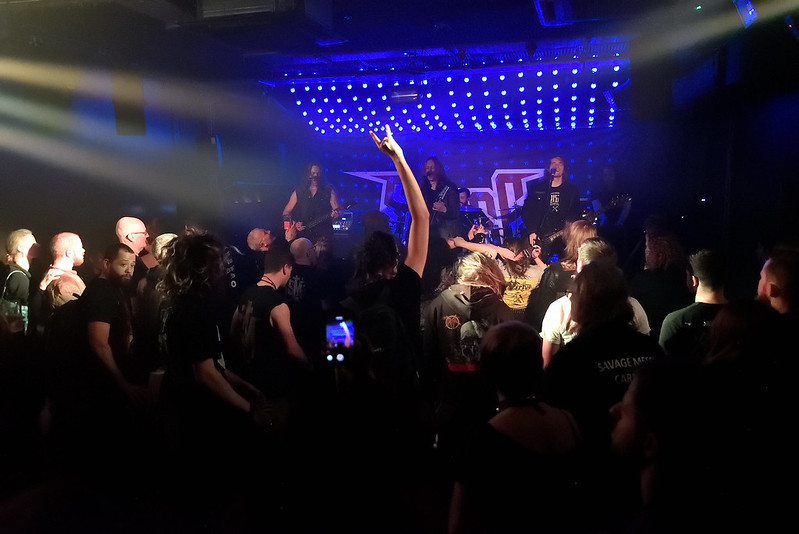 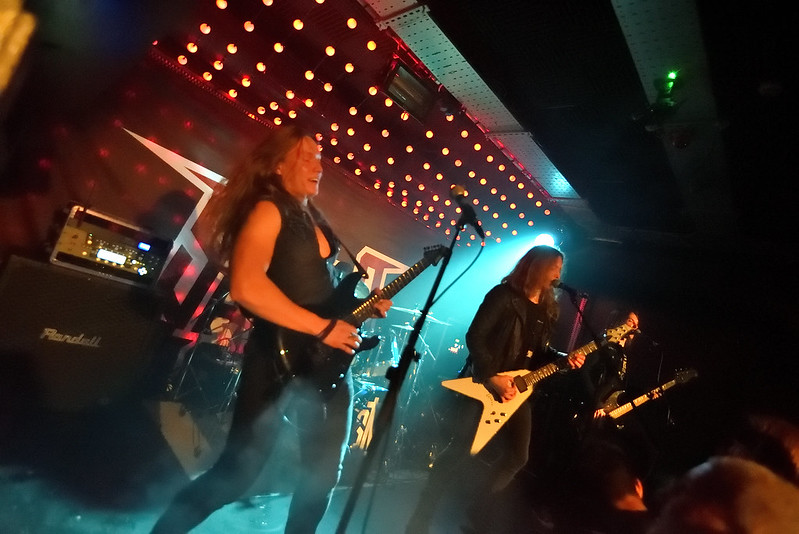 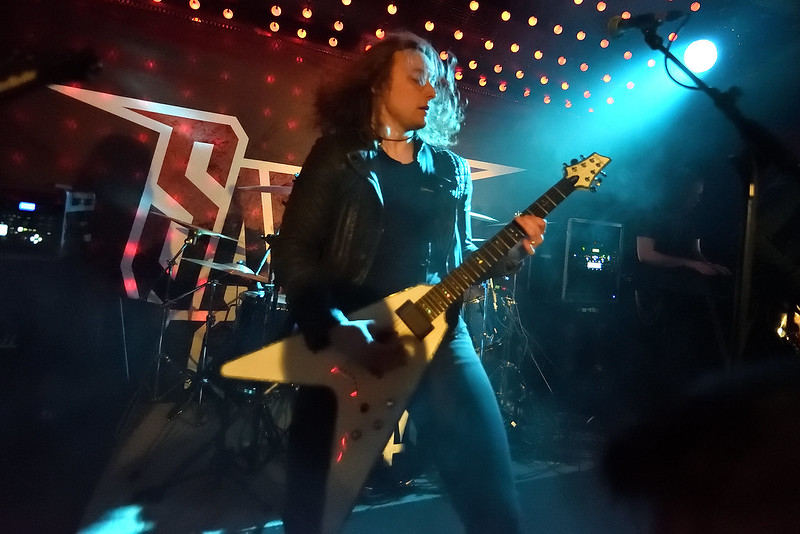 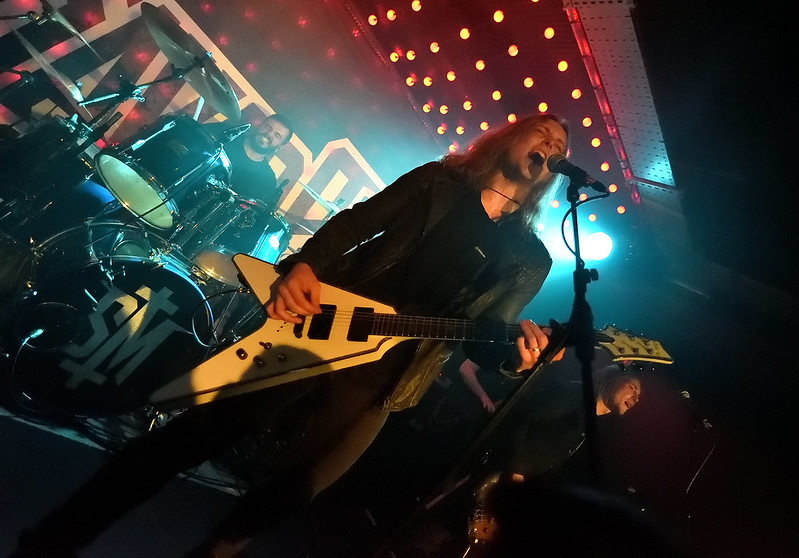 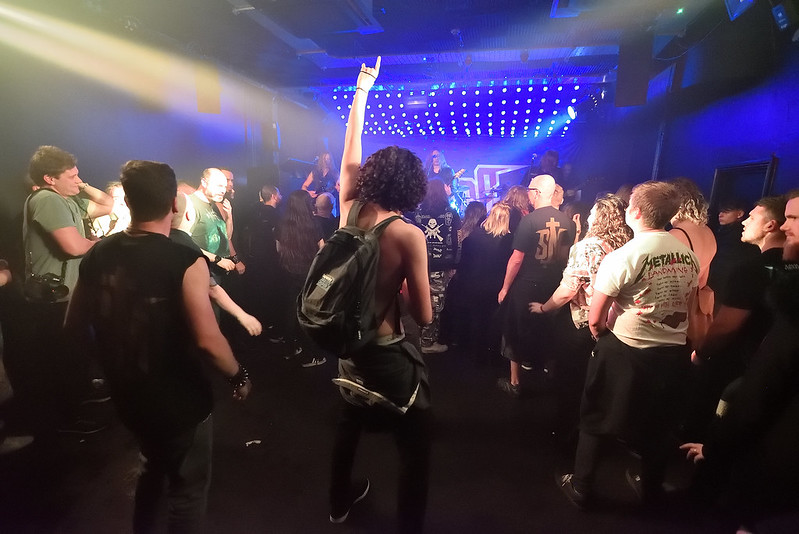 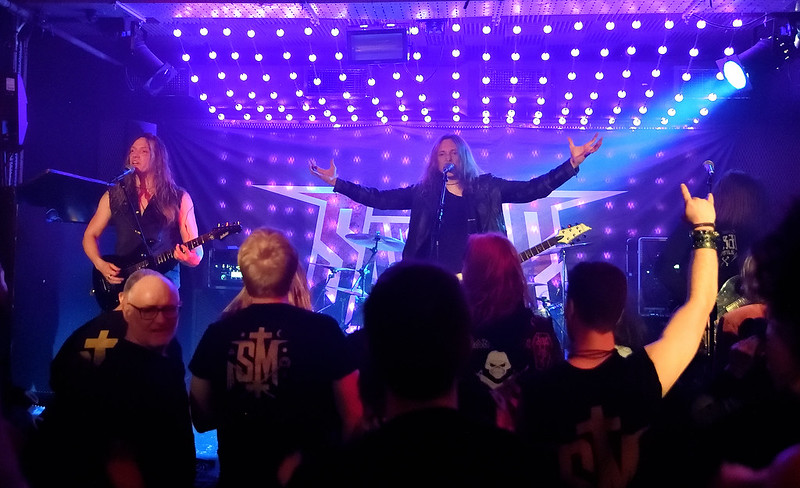 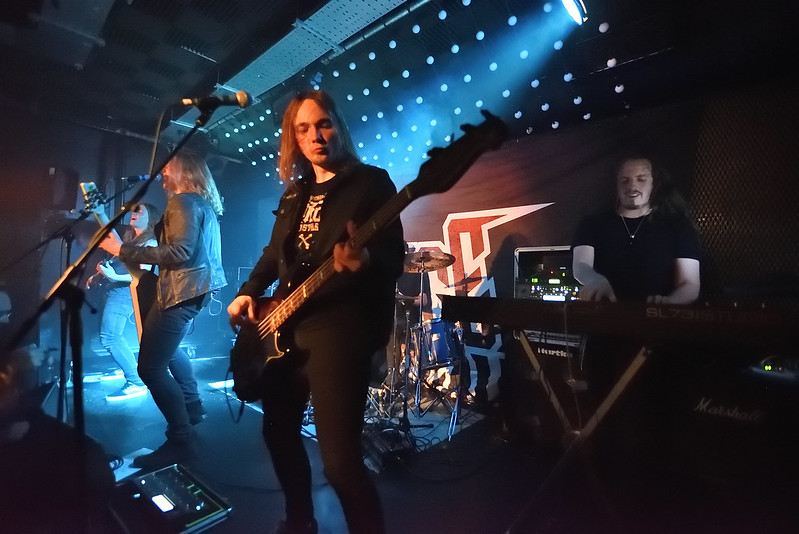 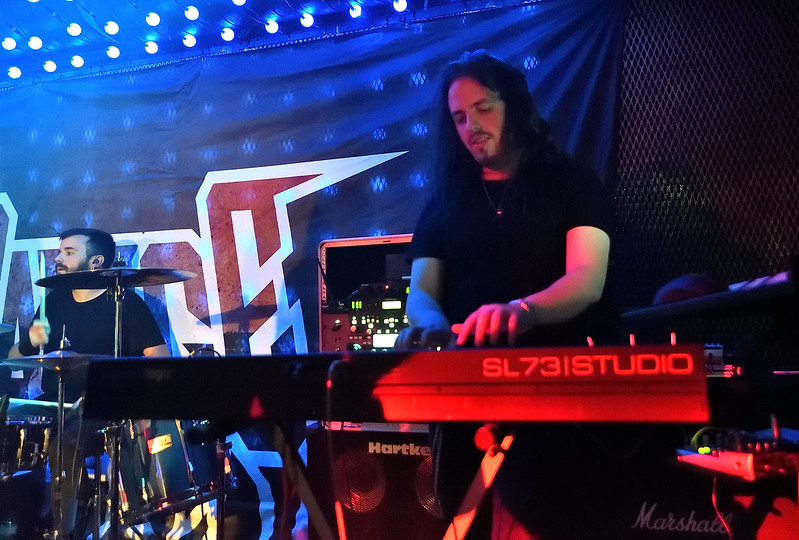 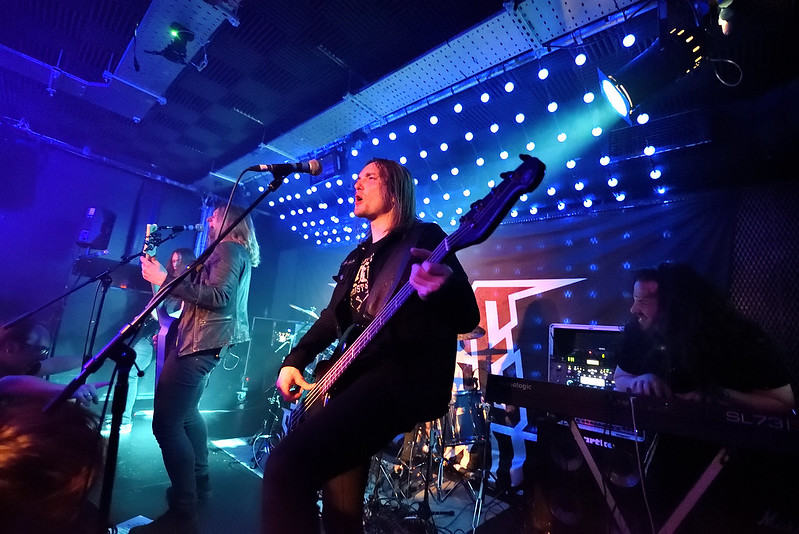 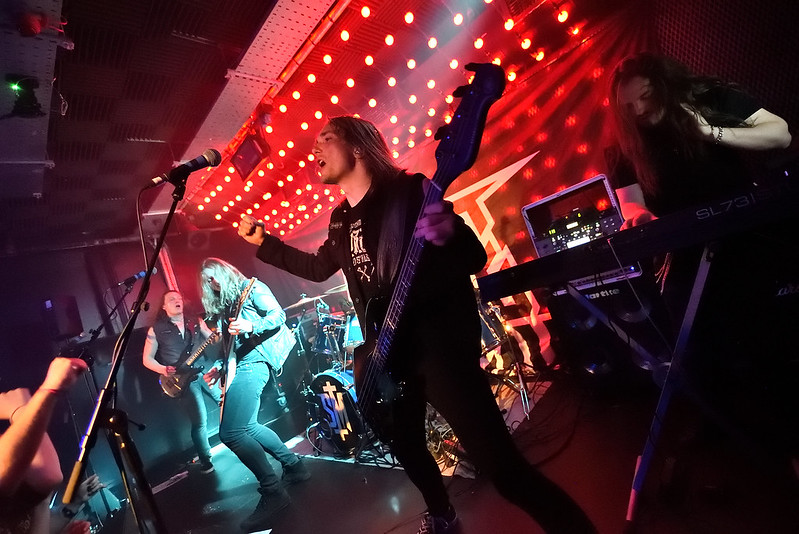 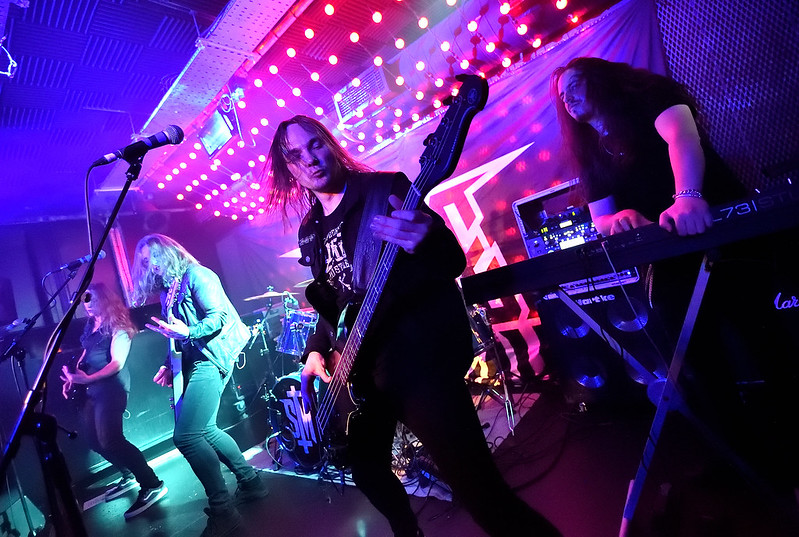 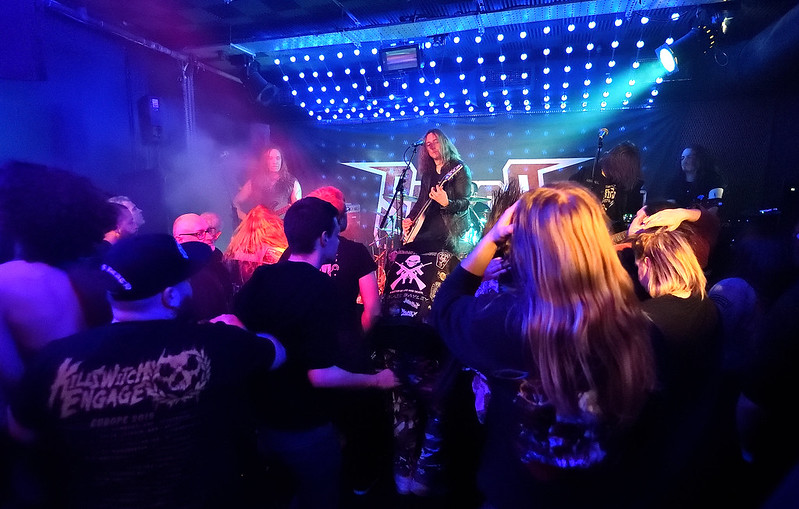 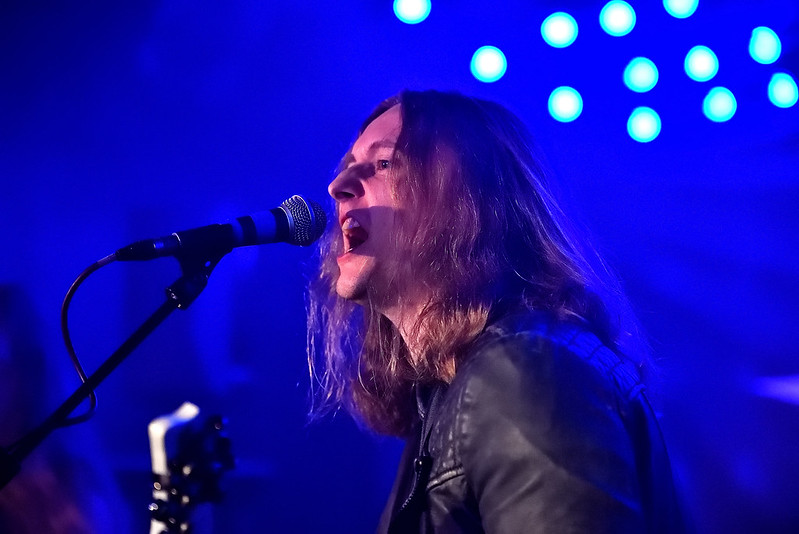 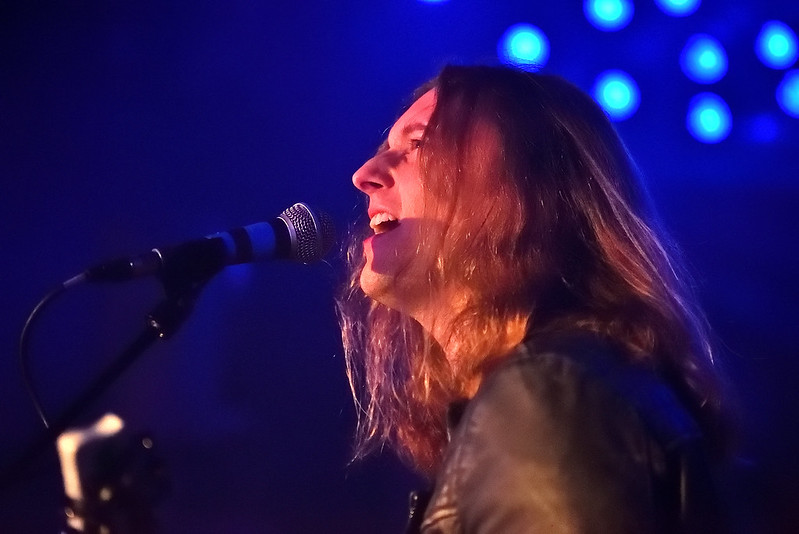 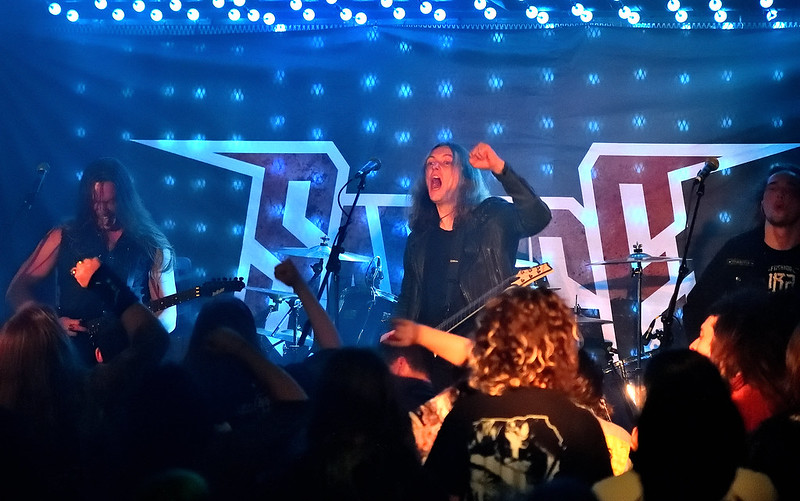 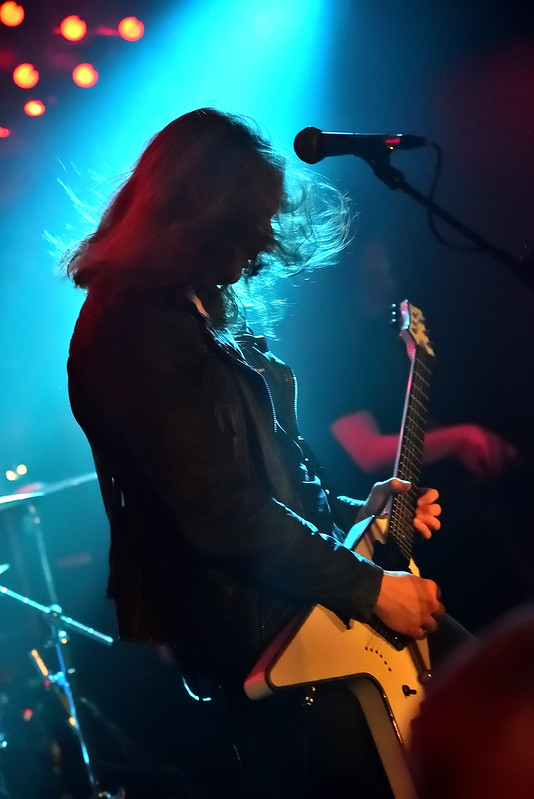 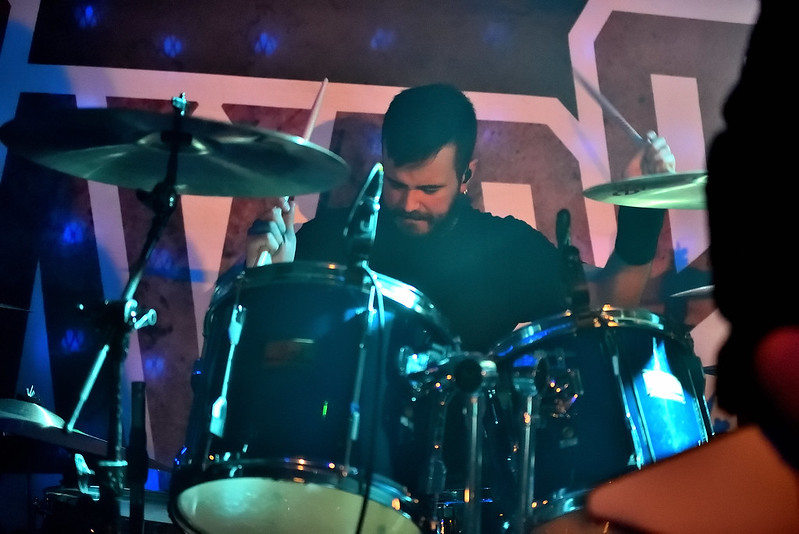 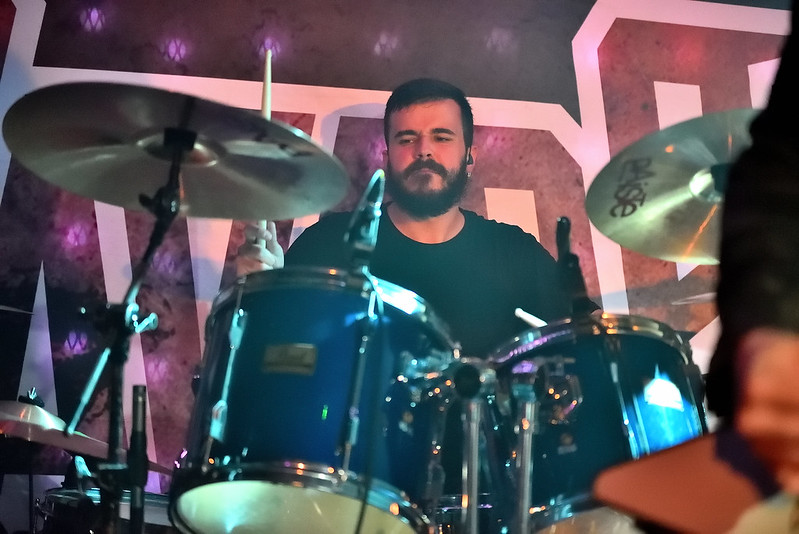 Blood Red Road
Virtue Signal
Heretic in the Modern World
Cross of Babylon
Zero Hour
The Bitter Truth
Under No Illusions
The Lights Are Going Out
Down and Out
Scavengers of Mercy
Hands of Fate
What Dreams May Come
The Fateful Dark
Minority of One
Parachute
Encore:
Iconocaust

Formed from a school band called Painted Lady, Girlschool enjoyed strong media exposure and commercial success in the UK in the early 1980s with three albums of ‘punk-tinged metal’. They’ve maintained a worldwide cult following and are considered an inspiration for many succeeding female rock musicians. Francijn Suermondt found time to chat to guitarist Jackie Chambers and find out what’s going on with the ‘Girls’.

Old school metal fans may deride this genre, but its appeal to younger fans and readers of Kerrang! can’t be denied.

Saxon is currently touring North American with Chris Jericho’s Fozzy for 22 shows from September 12th- October 10th to support their latest CD release – Sacrifice. A hard-hitting anthemic metal CD that captures the true essence of the band, sounding more like a Saxon CD from the 80’s.