The next few tracks on the album are more old school country again with the thumping good drinking vibe of ‘Dang If We Didn’t …YEP the perfect drinking song,...

The one album I played consistently from the day it was released was The Cadillac Three’s ‘Bury Me In My Boots’.  To me, it was the perfect classic southern rock offering, a combination of old school deep whisky vibes with a twist of country and modern day rock n roll.  So I couldn’t wait to hear the new album ‘Legacy’ from the three strong power house from Nashville.

The Cadillacs have certainly maintained their country roots and on the first listen, I struggled to hear anything that jumped out at me in the same vein as ‘Party Like You’ and ‘Peace, Love & Dixie’ did from their last album.  BUT …. More fool me, as on my second listen to this album, I realised just how special this new offering from Jaren Johnston, Kelby Ray Caldwell & Neil Mason, actually is!

Opening the album with a fun rock vibe and a soupcon of back street southern boogie, ‘Cadillacin’ is the perfect precursor to a night on the town.  ‘Tennessee’ smacks you in the face with a heavy Raging Slab type intro … leading into a gentler vibe and a great mix of southern love song and heavy tripping chorus……get out that whisky and I will come on down to Tennessee!  LOVE THIS TRACK!

For a good ole family country vibe, the feel good factor of ‘Hank & Jesus’ has a great back beat of excellent drumming.  With the superb guitar break near the end, this track is as perfect a driving groove as you will find anywhere!

The next few tracks on the album are more old school country again with the thumping good drinking vibe of ‘Dang If We Didn’t …YEP the perfect drinking song, for stompin good times.  ‘Ain’t That Country’ which rumbles in like a country freight train …last stop Nashville, I could well imagine being played on Nashville (my guilty pleasure when I fancy binge watching anything on Amazon Prime), in fact  the guys played ‘The South’ on one of the shows in 2014.

The VERY upbeat USA  ‘American Slang’ …..puts me in mind of the Heartland American Rockers such as John Mellencamp.

Two of my favourites on ‘Legacy’ are ‘Take Me To The Bottom’ and ‘Love Me Like Liquor’, the first has such a slow and haunting intro and moves into a VERY sexy song which streams into your ears like the Mississippi river, silky, sensual liquid Tennessee… LOVE IT!

‘Love Me Like Liquor’ is another great love song, beautifully written and with the addition of the stunning vocals from Lori McKenna, rather addictive to listen to.

The title track ‘Legacy’ brings the story back to what the guys love making music about most … their wives and families.  A super family feel country track and what a beautiful legacy this song is indeed!

If I have said it once, I will say it again …. DON’T MISS THESE GUYS ON TOUR, they will be coming to a town in the UK near you in November 2017 and are amazing live, I promise you a great night out!

Maybe a little more country, but still with a healthy smattering of southern rock ….. ‘Legacy’ will be the one deep south fail safe in your music collection that you will bring out time and time again for that Tennessee vibe for many, many years to come.  A slow grower, but now I am TOTALLY hooked …. Superb! 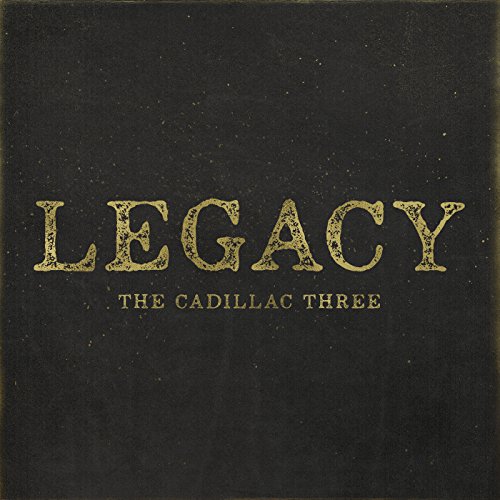